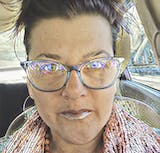 from 3252 reviews
THIS IS AMAZING!